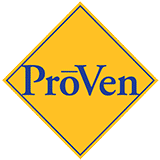 The Work on Interstate 80 included a variety of improvements to the existing pair of Caltrans Bridge Structures over Ulatis Creek in Vacaville.

Major structural improvements to the bridges involved installation of six foot diameter drilled piers nearly 100 feet deep.  The piers were connected to the existing bridge abutments with cast-in-place concrete bridge caps.  Structural Concrete approach slabs were reconstructed at the ends of the existing bridges and new joint seals were installed.  The existing bridge decks were refinished by removing old paving and installing a multilayer polymer overlay.  All of the bridge reconstruction work was constructed around live highway traffic in phased sequences involving nightly traffic control.

Additional work was performed under the bridge to re-grade and reinforce the riverbanks adjacent to the upgraded bridge foundation.  Tiebacks were installed in the riverbanks and they helped secure newly installed wire gabion rock baskets in place.  All of this work took place from the bed of Ulatis Creek while it was flowing.  Temporary water diversions were installed, managed, and removed under permits by the Department of Fish & Game and State Water Resources Board.